5 of the most translated children’s books that are known and loved the world over!

As a child, I loved it when my parents read stories to me, and even today, recalling my favourite childhood stories still makes me feel the same way I did back then.  Whenever I read H.C. Andersen’s fairy-tale “The Little Match Girl”, I almost get goosebumps, and my mind immediately conjures up the same image of the poor, freezing little girl, just the way I imagined her when I was younger.

It’s memories and feelings like those from our parents’ bedtime stories that many children – and grown-ups – all over the world have in common thanks to the efforts of talented translators who brought those stories to life in other languages.

Please feel free to use this infographic on your own website. You can do so free of charge. All we ask is that you indicate AdHoc Translations as its source. Simply copy the HTML code below and insert it into your website.

The Little Prince comes in at an uncontested first place on the list of the most translated children’s books in the world. In fact, it’s also the second-most translated book in general, beaten only by the Bible.

The story is about a pilot – the narrator himself – who makes an emergency landing in the Sahara Desert, where he encounters the little prince, a representation of the author’s inner child. The little prince explains that he has left his asteroid to explore the universe. On his travels, the little prince visits many planets and their inhabitants, who he struggles to understand, and he reaches the conclusion that grown-ups are an odd bunch. It’s only when he encounters a fox who tells him that “It is only with the heart that one can see rightly; what is essential is invisible to the eye” that he understands the meaning of life and chooses to return home to take care of his rose.

The Little Prince was published in 1943 by the French writer Antoine de Saint Exupéry. It’s been translated into over 300 languages and dialects and sold over 200 million copies throughout the world.

The book has been adapted many different films, most recently in 2015 where Mark Osborne’s take on the story was released in the wonderfully animated Pixar style combined with stop-motion sequences intended to symbolise the gap between the cold, unimaginative world of the grown-ups and the wild and wonderful realms of imagination that we inhabit as children. 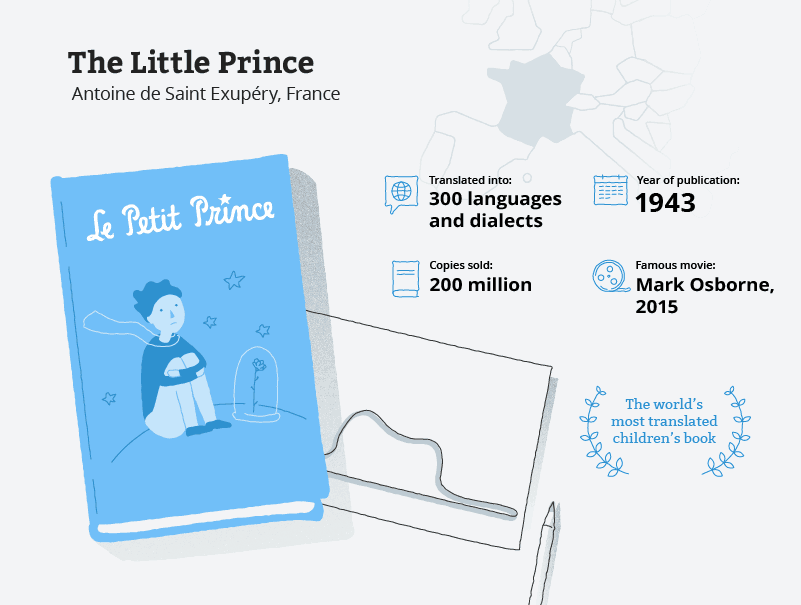 2. The Adventures of Pinocchio

The Adventures of Pinocchio, perhaps better known as simply ‘Pinocchio’, was written in 1883 by the Italian author Carlo Collodi and has been translated into more than 260 languages and dialects.

The story is about the lonely old woodcarver Gepetto, who carves a wooden doll which he dubs Pinocchio. Pinocchio’s curiosity and penchant for getting into mischief leads him into one perilous adventure after another, but when he finally begins to think of other people than himself, he turns into a real, well-behaved boy.

Disney was behind the first book-to-film adaptation in 1940, after which the book quickly rose to worldwide fame. Since then, the story has been adapted into film and other media countless times. 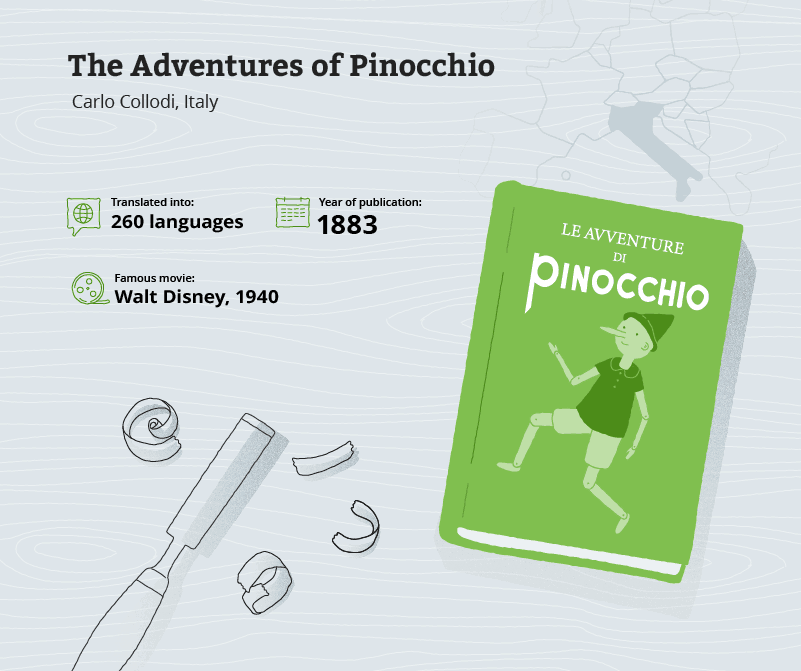 3. The fairy-tales of H.C. Andersen

The world-famous Danish writer Hans Christian Andersen’s collection of fairy-tales includes some of the most famous in the world such as “The Little Mermaid”, “The Ugly Duckling”, “The Princess and the Pea” and “The Emperor’s New Clothes”. H.C. Andersen wrote his fairy-tales in the years 1835 – 1852. He was a prolific writer, penning down a total of 156 fairy-tales.

H.C. Andersen’s fairy-tales have been translated into more than 153 languages.

H.C. Andersen’s fairy-tales have been adapted to screen and dramatisations the world over as animated films, puppet films, feature films, children’s films and films for grown-ups.

His fairy-tales often revolve around objects, animals or plants that have been given the human qualities of emotions and speech. Not all of H.C. Andersen’s fairy-tales end happily, however; some of them also deal with the more sombre aspects of life such as loneliness and separation. His fairy-tales demonstrate a keen insight into the human condition, and they have been written with a great love for poetry. They often contain an indirect criticism of contemporary society and the way in which people treat each other, while also alluding to the inner conflicts within H.C. Andersen himself. 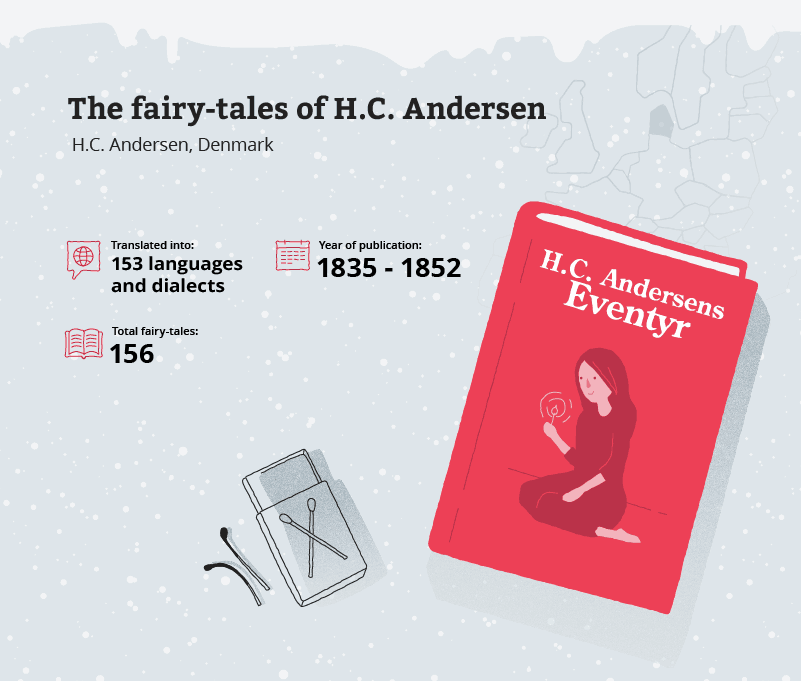 In 1865, the English maths professor from Oxford, Charles Lutwidge Dodgson, wrote the novel Alice in Wonderland under the pseudonym Lewis Carroll.

The idea for the story came about one day when the maths professor took the dean’s three daughters out on a rowing trip. On the trip, he told the girls a story in which the protagonist was the second-oldest of the girls, Alice. The story was so good that he later published it in a book.

Alice’s Adventures in Wonderland – and its sequel, Through the Looking-Glass, and What Alice Found There  – is the story of a girl who falls through the rabbit hole (and in the sequel, through a looking-glass) into a world where animals can speak and things appear, disappear and morph as though in a dream.

Alice in Wonderland has been translated into 174 languages and adapted to film numerous times. One of the most famous film adaptations is the Walt Disney animated film from 1951, which mixes together the events and characters from both books. 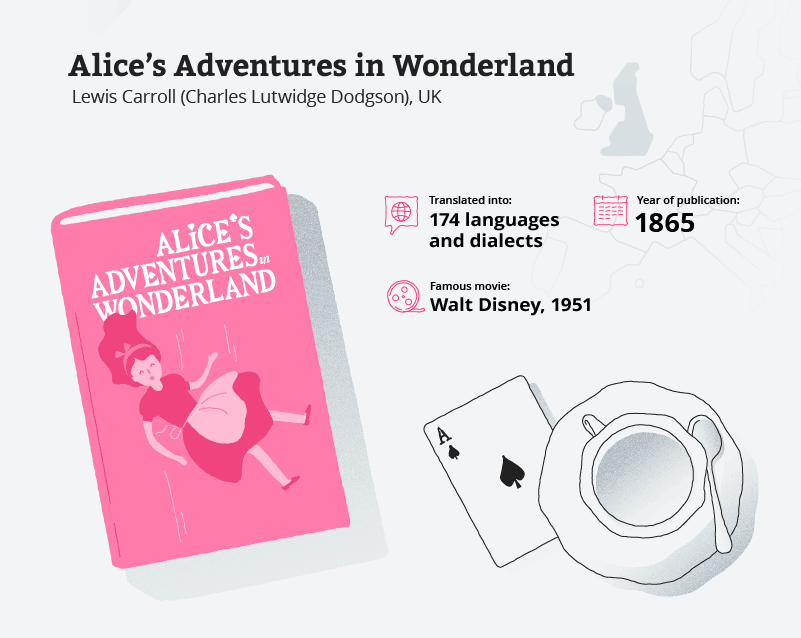 Pippi Longstocking is the Swedish author Astrid Lindgren’s first book in the series about the red-haired girl with braids who became a household name around the world. It was first published in 1945 and has been translated into more than 70 languages to date.

If you didn’t become familiar with Pippi Longstocking through reading the books, you’ve almost certainly watched one of the many movies or TV series based on them at some point in your childhood.

The idea for the book arose when Astrid Lindgren’s eight-year-old daughter asked her mother to tell her a story about “Pippi Långstrump”, the character’s original name in Swedish. The story continued to take on form in the back of Lindgren’s mind, and on 21 May 1945 – which we now celebrate as Pippi Longstocking’s birthday – she gave her daughter the finished manuscript for the book.

A heated debate followed the publishing of the book, as it’s about a strong girl who fends for herself without parents and who fights authorities such as the school, social services and the police. Pippi Longstocking also contributed to the fight for women’s rights through her rebellion against male authority figures.

Regardless of the many interpretations, the book is loved and read by children the world over, and everyone knows the strong, fearless girl with the monkey Mr. Nilsson, her horse (nameless in the books, but often referred to as “Lilla Gubben” in the adaptations) and her friends Tommy and Annika.

In 2005, Lindgren’s works were included in the UNESCO Memory of the World Register. 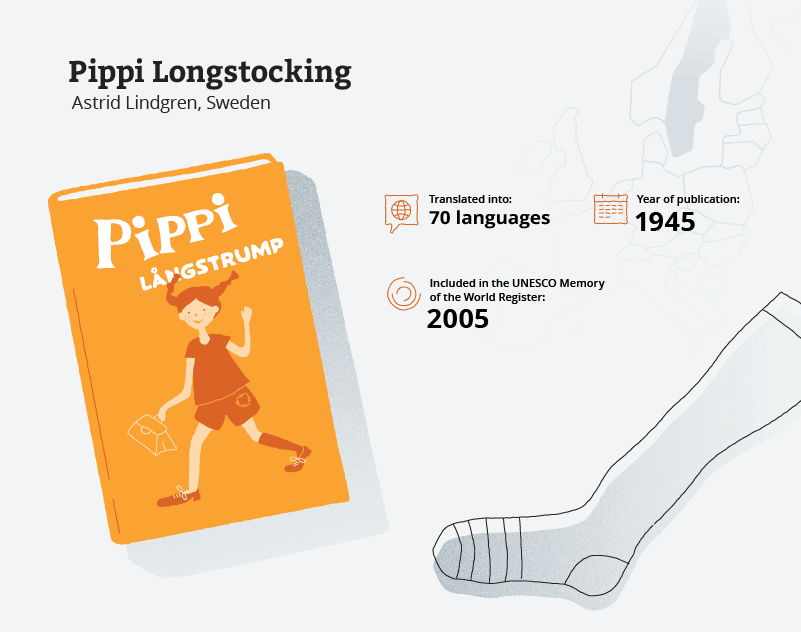 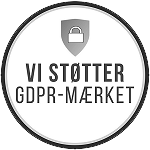